How Much Does a Payday Loan Cost?

Home > Blog  > How Much Does a Payday Loan Cost? 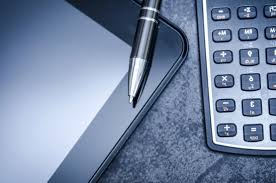 23 Oct How Much Does a Payday Loan Cost?

If you take out a payday loan, the cost of it will be capped at 0.8% per day (this is the equivalent of £24 for every £100 borrowed).  This price cap is in line with regulations introduced by the FCA in January 2015 and it means the payday loan will never exceed this amount and the borrower will never be required to pay double the amount that they initially took out.

The cap was introduced to prevent certain lenders charging too much for short term loans, as well as avoid the proliferation of offering ‘top-ups’ and ‘rollovers’ to keep people on revolving credit. This led to some borrowers eventually owning double or even triple the original amount owed and tied up borrowers for a far longer period of time. Such extensions are no longer allowed in line with FCA rulings.

When looking at payday loans online, you will find that they come with a representative example to show you how much it will cost and the monthly repayments to expect.

When looking at this example, you should keep in mind that this is the rate offered to only 51% of successful applicants. Consequently, the rate and cost of a payday loan may be higher or lower depending on other potential factors, such as affordability checks.

Are there late fee charges for payday loans?

Yes, if your loan repayments are late.  It is possible for lenders to charge a maximum default fee of £15, in accordance with FCA regulation and they cannot charge any late fees higher than this amount.

However, alongside a late fee, you can be charged daily interest (maximum of 0.8%) for every day that your loan remains unpaid.

If you are struggling with an  upcoming payment, you should always get in touch with your lender and make them aware, as they may be able to reduce the payment amount or give you an extension which will reduce fees.

How can I reduce the cost of a payday loan?

Making early repayments on your loan can save you money as you will cut down the daily interest that is accruing. However, it should not be too early. For example, if you were repaying a 6-month loan in 3 months will save you money. But if you did something similar with a 1-month loan after just 1 week, then it will most likely be more expensive.

If you have a  good credit score and a homeowner status, this can mean you end up receiving a better interest rate for your payday loan. This is because it often signals as a strong indication to a lender that you will be able to repay your loan on time

There are some payday loan companies, like Badger Loans, who can provide you with lower rates and help you compare to find the best deal.